Once upon a time, our favorite fairy tales ended and everyone lived happily ever after. Ever After High dolls answer the question: But what, exactly, did they do when the story was over? It turns out that like most people, our princesses and princes, and even the villains, got on with their lives and had kids. Those kids grew up living in the shadows of some of the greatest heroes and bad guys to ever exist. Put them all in high school together, and you have the recipe for a whole lot of fun and wonderful storytelling.

Launched in July 2013 by Mattel on the heels of the wildly popular Monster High series, Ever After High dolls have, ahem, enchanted children for the last five years. The characters are divided into “The Royals” and “The Rebels,” a clever narrative that allows children to pick the kind of story that appeals to them the most: Following you destiny or striking out and finding your own.

There are dozens of Ever After High dolls, but here are several from each group that highlight the diversity of storylines.

Ever After High Dolls – The Royals

These are the students that are following in their parents' footsteps. They aspire to fulfill their destiny just like mom and/or dad did. This doesn't necessarily make them all “heroes” in the traditional sense since even the children of the villains that want to be villains are considered “Royals.” Interestingly enough for what could be a shallow children's toy line, the Ever After High dolls have characters that feel that they have to fulfill their destinies even if they don't really want to. Deep stuff for a toy line targeted at kids eight years and older.

Apple White is the daughter of Snow White. She's the main “Royal” character and is very much interested in fulfilling her destiny of marrying a Prince Charming. The problem for her as the “fairest one of them all” is that she wants to be known for more than her looks. This is a great way of giving a positive message to what could otherwise be an extremely shallow character.

Ashlynn Ella is the daughter of Cinderella. She's technically a Royal, but she's in love with Hunter Huntsman, a Rebel. This is an issue since she's “supposed” to marry a prince. Ashlynn is forced to hide their relationship in order to remain a princess. The message here is that love is more important than social status and how that conflict is resolved is a story in itself. 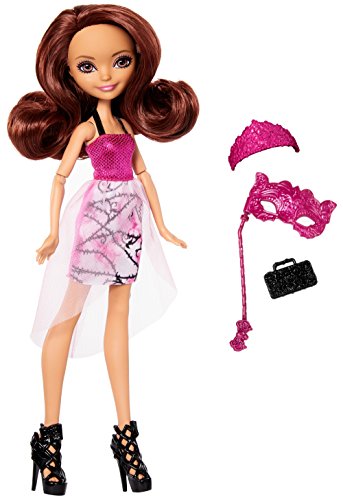 Briar Beauty is the daughter of Sleeping Beauty. She knows that one day she's going to fall asleep for 100 years. And while she doesn't want to avoid her destiny, she's afraid of it. Her fear eggs her on to live life to the fullest in the here and now. This is a serious existential dread to have to live with, knowing that at any moment you could lose all of your friends forever. Heavy stuff for a kid's toy but kudos for going there. 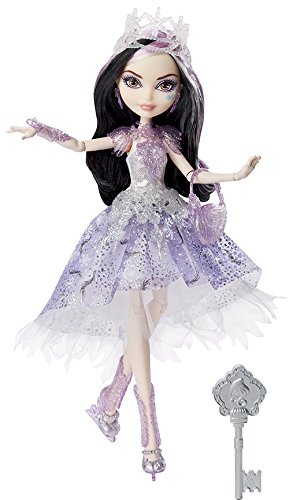 Duchess Swan is the daughter of the Swan Queen (from Swan Lake). She stands out in the collection because while her mother is not herself a villain, Duchess sort of is. Irritated that she's not as well known as the other princesses (Disney hasn't even made a movie about her yet!), Duchess tends to cause trouble to get more attention. This is a dynamic that many children (and their parents) are familiar with and addressing it in a fantasy setting is an excellent way to help children cope. 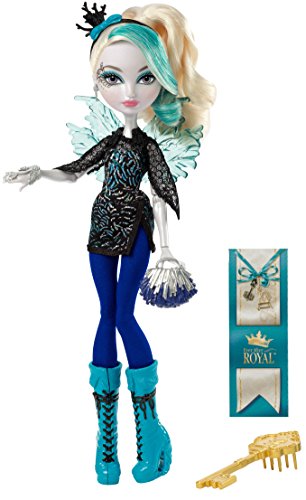 Faybelle Thorn is the daughter of the Dark Fairy (from Sleeping Beauty). She's Royal but not a hero in any sense. She's actually looking forward to being a villain like her mother when she graduates. Not exactly a role model but sometimes you just gotta have a villain be a villain. 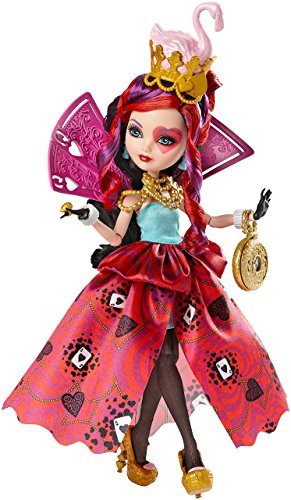 Lizzie Hearts is the daughter of the Queen of Hearts. Unlike Kaybelle Thorn, Lizzie has no interest in being an evil queen. She's a Royal because she intends to rule as her mother did before her but without all the decapitation. The message that we can follow in our parent's footsteps and be better is a powerful one for kids to learn.

Being a Royal Can Be a Royal Pain

You'd think being a princess would be all fun and games but, clearly, having a destiny isn't all the magic mirror is cracked up to be. Being more than just a pretty face or being true to yourself (for good or for bad), these princesses have a lot to teach, and they look stylish while doing it!

Ever After High Dolls – The Rebels

These are the students that want no part of their destinies. Some are supposedly born to be evil, and others are supposed to be victims. None of them are having it. One of the major themes of the Ever After High dolls is being who you want to be no matter what society says and these princesses are all in. 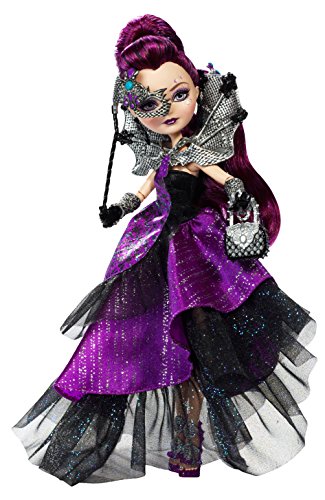 Raven Queen is the daughter of the Evil Queen (from Snow White). People keep telling her that she's going to be a villain just like her mother and she's not interested. This desire to rebuke her destiny allows the other Rebels to stand up and deny their destinies as well, making her an unwilling leader. Sometimes it just takes that first person to have the courage to say, “No.”

Cerise Hood is unique because while everyone knows her mother is Little Red Riding Hood, she has to hide her who her father is: Mr. Badwolf, aka The Big Bad Wolf. They were the original Rebels because even though their story demanded that they be enemies, they still fell in love and had secretly had a child. This means Cerise can't be herself (she hides her wolf ears under a hood) because it would put her and her parents in danger. Finding acceptance isn't easy.

Darling Charming is the daughter of King Charming. She's been training her entire life to be a damsel-in-distress, and this offends her on every level. She doesn't rebel against being feminine; she rebels against the idea that being feminine also means being helpless. To fight back against this insulting stereotype, she secretly dresses up in knight's armor and kicks butt.

Ginger Breadhouse loves to cook just like her mother, the Candy Witch from Hansel and Gretel. The problem is that everyone keeps thinking that she's going to try and cook them. Ginger's story tackles the problem of preconceived notions and bigotry. 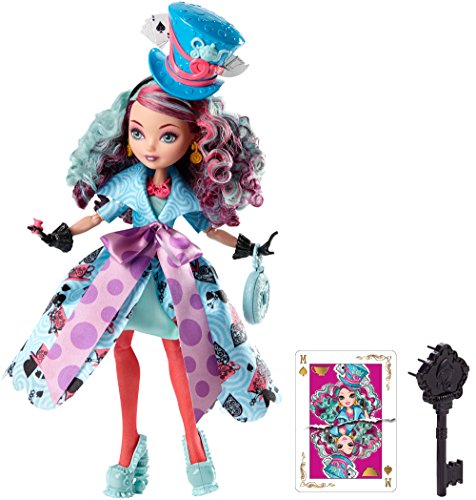 Madeline Hatter is the daughter of the Mad Hatter from Wonderland, and she's a bit of a nutter herself. Technically, she's a Royal because she's not trying to avoid her destiny. But as someone with a broad (some might say skewed) view of the world, she chafes at the idea of people being forced to be something they're not. She embodies the principle that “what's good for me may not be good for you, and I'm fine with that.”

If being a Royal is a royal pain, being a Rebel is just downright aggravating! By and large, the Royals have a destiny they want to uphold, and their largest concern is how to do it the right way and still be true to themselves. The Rebels, on the other hand, are pushing back against a legacy forced on them in a society that doesn't like taking “No” for an answer. Even worse, for characters like Cerise, even if they want to embrace their heritage, they can't because society wouldn't understand or accept who they are.

This gives the Ever After High dolls a lifespan beyond the normal Barbie range. While dolls kind of fall out of favor by age 10 – 12, the struggle for these characters to establish who they are in the face of peer and societal pressure will speak to kids well into their teens. That doesn't necessarily mean they're still going to be playing with Ever After High dolls when they're 14 or 15 years old, but they'll hold a fond place in your child's heart long after the dolls are collecting dust on a shelf. And there's always the cartoons…

The Ever After High dolls themselves have the oversized heads pioneered by Bratz while managing not to fall prey to that toy line's over-sexualization. That's not to say the dolls provide healthy body image role models; the arms, legs, and waist are too thin, but that's more or less an industry standard right now. However, the clothes are lovely, and none of it drifts into the territory of “things you would not let your teenage daughter wear.” Sometimes, designers forget they're selling toys to little children and not adult men, but the Ever After High dolls are strictly G-rated. Even the beach outfits are modest, with the girls wearing “skirts” to cover the lower half of their bathing suits.

In addition to the basic Ever After High dolls and several variations of each character (Thronecoming, Mirror Beach, Wonderland, etc.), there are also play sets like the 2-on-1 Castle. The castle has four different rooms with reversible walls to give you a total of eight Ever After High locations from a music class to a walk-in closet to a Raven themed bathroom. It's a bit pricey, but it's a fairly large set, so you're getting your money's worth.

There's also a Wonderland playset shaped like a large stopwatch that opens up to a lot of weirdness (it is Wonderland, after all) and the Fainting Couch (yes, seriously) available at your local Walmart, because what kind of princess doesn't occasionally swoon? It's these little pokes at the eye-rolling conventions of the old fairy tales that makes the Ever After Dolls so much fun.

Do We Really Need More Princesses?

Actually, in this case, the answer is a resounding “Yes!” While many of the Ever After High dolls may have character bios that sound frivolous (each has a “Storybook Romance Status”), they are teenagers in high school. Looking past the high school drama and perpetual fashion show, you find unusually deep issues. Peer pressure, prejudice, sexism, existential dread, and more; it's all in there. Don't let the cutesy packaging fool you.

Even better, tackling complex ideas in such a familiar and light-hearted way makes it much easier for kids to understand than your typical after school special. Presenting serious issues in a grim and serious fashion isn't always the best way. And like the lady with the umbrella says, “A spoonful of sugar helps the medicine go down.”

RC Motorcycle: The Best Models in the Market this 2019

Off Road RC Cars: 10 Of The Best Products