Hatchimals, the adorable, cuddly monsters that are supposed to hatch from their eggs. Turning your child into a parent of a cute monster that goes through all stages of life. With loving caressing and gentle pats, the Hatchimal is supposed to break out of its egg. After the cute creature breaks free, you raise it through its simulated life cycles. This experience makes a Hatchimal indeed a fantastical pet for any child. Spin Master set the bar high for all other toys with their unique hatching Hatchimals.

Unfortunately, they didn't live up to their hype at first, and the company was forced to re-brand the entire line.

Hatchimals: Everything You Need To Know

These fuzzy little creatures, which resemble adorable colorful penguins, come in a variety of styles. They can also come with horns and an antennae, and they go through five different stages of life. The stages of the Hatchimals life are Egg, Hatching, Baby, Toddler, and Kid.

There is no adult stage, so the Hatchimal will stay young forever. You'll have to play with it and teach it, following the color indications of their eyes.

The way these creatures look and behave is very controversial. A lot of young adults believe that the Hatchimal closely resembles a toy of 1998, the Furby. The similarities are uncanny, and the only main difference is the hatching process the Hatchimal goes through in the beginning. The newer Furbys require an app to work, but Hatchimals never did.

The website for the Hatchimals claims that the hatching process only takes 10-40 minutes. According to the toy’s website,"you have to rub, touch, and tap the egg to coax the creature from its safe, warm shell into a world of unexplainable anxiety. When it’s ready, you’ll see 'rainbow eyes.'" Sadly, it didn't work out that way for many of the toys.

The Promise Of Hatchimals

The toy surprised the world at the promise these little guys held. The claim that a toy can break out of its egg to greet children was new and exciting. They were in such high demand that they sold out the second they hit the shelves. Christmas of 2016 came with the demand for Hatchimals across the US.

The demand grossly outnumbered the supply, and it didn't help that Spin Master went above and beyond with advertising. Releasing a large number of videos on YouTube of children unboxing Hatchimals alongside their commercials on TV. The cute toy would make adorable sounds as it tapped its way out of the egg, exciting children as it penetrated the egg in their hands in little to no time at all after activating. 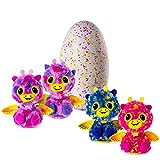 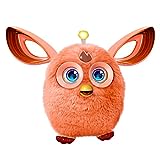 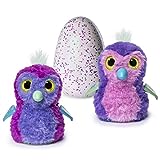 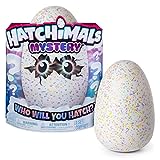 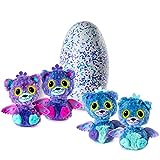 Sold Out Before Christmas

Hatchimals were officially launched on the 7th of October in 2016 for the holiday season. Not surprisingly, they sold out less than a month after their release. This incident was devastating to many families with children that were looking forward to the toy for Christmas.

Desperate families looked to eBay for the toy, stumbling upon the disgusting price range of hundreds of dollars for something that was so cheap.

This lack of product, however, was only the beginning of the problem.

Not only did Hatchimals sell out right before the big day, but they didn't hatch on Christmas morning. Many parents complained that the toy took hours to hatch, or didn't even hatch at all. Many that did hatch, malfunctioned, after breaking through the shell, and parents were furious.

There are hundreds of claims that Spin Master's customer service was terrible. As a consequence, hundreds of families were left with broken toys, and they were unable to obtain refunds. The company eventually extended its hours to take calls, and even released tips on how to help it hatch. Even with extended hours, people were still on hold because of all the problems.

How The Defects Affected Hatchimals

For many, Hatchimals turned quite a few off of the brand. The company received some severe backlash, and even a lawsuit, with a 25-page file with claims of waiting days for a toy that never worked.

However, the sale boom for Hatchimals ended up doing more good than bad for the company.

Hatchimals' Attempt At A Comeback

All of these problems did not stop the company from selling them again. In 2017, the toy was a huge hit despite the previous year's fails. The company even has new versions of the Hatchimals, most recently twins that have two toys in one egg.

The twin Hatchimals work by pushing through the top of the egg, instead of pecking around the outside. They are supposed to be able to speak to each other and play with each other, and they come in more colors and styles, like little lions and tiger striped dragons.

Spin Master has the original Hatchimals back with minimal hiccups. They now come in a shimmery and sparkling coat along with the favorite originals. Ones with horns and antennas are unique exclusives to specific stores, along with online exclusives.

Another new favorite is the Hatchimals CollEGGtibles series, now releasing their second season. These tiny Hatchimals can come individually, or in an egg carton of a dozen. These little guys don't hatch their way out; they don't have any independent movement at all. Instead, they are dependent on you to break the egg. The company also has little environments for them that come in the shape of an egg. The egg environment expands into a play place for your CollEGGtibles.

Many people think the Hatchimal CollEGGtibles resemble Littlest Pet Shop toys too closely. The big difference between them is that the CollEGGtibles come in eggs, so what you get is a bit of a surprise.

Even though Hatchimals had a rough start, it seems as if the company has redeemed the brand. People are thoroughly enjoying the products that Spin Masters is releasing in its Hatchimals line. They have fixed the technical problems with the original toy, and have found other ways to excite children. Even with Hatchimals tough ten weeks, they're still a favorite among children.

Therefore, Hatchimals have genuinely held up to their hype from 2016, even if it took the company a year and a half to get there.