What is it that makes PlayStation such a favored brand? Just what makes it so appealing? We can answer these questions by looking at how the PlayStation consoles have evolved over the years.

As the saying goes, the hardest step is the first step. The PSX or the PlayStation one was the first console developed and marketed by Sony Computer Entertainment. Released in late 1994 in Japan, it also came out and during the fall of 1995 in USA, Europe, and Australia.

Even though PlayStation was the new kid on the block during the fifth generation of video game consoles, it became the most sold console with a whopping 100 million sales. Competing against already established companies like Sega, Atari, and Nintendo, the PSX outsold every console. The only competition it really faced was the Nintendo 64, but due to the Nintendo 64’s delay and because it relied on cartridges rather than CDs, PlayStation came out on top.

PSX games became staples, and characters like Crash Bandicoot, Spyro the Dragon, and Snake from Metal Gear Solid are all still legends today. There are too many classic games to count that helped the PSX succeed. If you still want to play the games from your childhood that made you fall in love with the story and characters, you can easily find a PSX in old video game stores or online. The PSX is available at Amazon.

What made the PSX special was its ease of use and simple architecture. Comparing the specifications of the PSX with its main competition, the N64 is a difficult task. The N64 had better hardware... Or it did on paper, at least.

​​The N64 is by far the more superior machine. However, the most important aspect that differentiated the PSX from the N64 and even the Sega Saturn was its ease of access, developer-friendly programming, and effective texture techniques. The PSX’s simpler architecture and support for C language made it easier for 3D graphics to be created. The fifth generation began the transition from 2D to 3D graphics. As a result, it became that much easier for developers to lean towards the PlayStation. The massive success that was pioneered by the PSX made the PlayStation a household name. This would ultimately beget the most successful home console in history, the PS2.

The PS2 is by far one of the most beloved consoles in history. Due to the massive success of the PSX, the PS2 had to live up to the expectations that it would be a worthy successor. It more than lived up to its expectations. In fact, it surpassed these expectations. You could argue that the PS2 made gaming cool and a necessity in the lives of children, young adults, and adults alike.

The Sega Dreamcast became the first console released during the sixth generation of console gaming, during the eve of the new millennium. The Dreamcast sold well, about 514,000 within its first two weeks, but once the PlayStation 2 was released in March 2000, it was the beginning of the end for Sega.

Carried by the first Play Station's wave of success, the PS2 sold 980,000 consoles on the day it launched. That is almost double what the Dreamcast sold within its first two weeks. Now the PS2 faced the Nintendo GameCube and the incoming giant, XBOX. Even with the incoming competition, PlayStation would still be able to come out on top because of its uniqueness and its exclusive games. Luckily for those who still want to experience the PS2 again, they can still find it on Amazon.

​Innovation, nostalgia, and experience are what made the PS2 stand out above the rest. The PS2 was backward compatible with its predecessor. THis means that you could play all of the games that were released for the PSX as well. Having that one small feature made the PS2 much more valuable than any other console. The number of games that we were able to play was endless, and you didn't have to get rid of any of your beloved titles. That represented the nostalgia, still being able to play previous beloved titles differentiated the PS2 compared to the GameCube or the XBOX.

The next is experience, the experience of being able to play certain games. The best selling games of both 2001 and 2002 were Grand Theft Auto III and its sequel Grand Theft Auto: Vice City. They became huge selling points for acquiring the PS2. By combining those games with other excellent titles like Metal Gear Solid: Sons of Liberty, God of War series, Final Fantasy X, and so on and so forth; plus the backward compatibility of the PS2, PlayStation was able to give consumers 1,582 different gaming experiences by December 2002. XBOX had a mere 215 titles during that time, while the GameCube had only 306.

Even though the PS2 was the weakest of the three from a hardware standpoint, it's easy to see why it reigned supreme.

​It is no surprise that the PS2 became the console that has sold more than any other console in history, with 155 million units having been sold as of 2013. It became the only console that was being supported even during the seventh generation. After the sixth generation, the question was now, can PlayStation deliver with their next generation console or have they reached their glass ceiling? 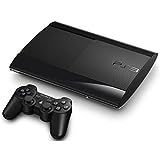 The PlayStation 3 came into the seventh generation with high expectations. Much like the other consoles of the seventh generation, the PS3 would be prone to overheating. The PS3 launched in 2006, and it would become the first console to use a high definition Blu-ray player drive. Because of this, the discs for the PS3 games can hold more data, which is why some PS3 games had hours of extra content.

The PS3 would go through some ups and downs before it reached its peak and optimal performance with the introduction of the PS3 slim in 2009. The PlayStation 3 would not be able to mirror the same sales as its predecessor. It placed second during the seventh generation, topping 80 million sales. The PS3 offered a unique gaming experience recognized by its exclusive titles. The PS3 is available at Amazon, and other gaming retailers.

​What made the PS3 special was its overall value as a console. By this time, network play ability was already available on both the PS2 and the XBOX. The seventh generation further developed online play as one of the main elements of gaming. This is where the PlayStation excelled. PlayStation created the PlayStation Network, which is where everyone had access to online play. But what made this more attractive than XBOX Live was that it gave customers options.

The PlayStation Network was a free service. You were able to play with friends and others all around the world for no cost. Compare that to Xbox Live, where to use any online component one had to subscribe to an XBOX Gold account​.

PlayStation also offered a premium service called PlayStation Plus. This premium service gave customers access to a free game every month and discount prices on games in their library. ​
The controller, the DualShock 3, was a wireless controller that you could charge with a USB 2.0 cable. This saves you the cost of buying batteries for an XBOX controller every week. It was during this generation that the PlayStation would be able to boast about its superior hardware specifications compared to the XBOX 360.

​The PS3 was a powerhouse compared to the other two consoles and offered great multimedia services as well. Anticipation was high, and everyone was eager to see what was coming next.

​The PlayStation 4 was released in 2013 and sold one million units in North America within 24 hours of the release date. However, some users experienced numerous post-launch issues. These issues include the "red line of death," "blinking blue light," and defective ports and wires. Even though users experienced these issues, they were a mere 0.4 percent of reported issues. Despite this slight hiccup, the PlayStation brand continues to be the market leader in video game consoles. In fact, it outsells any other brand. The PlayStation 4 is available at Amazon, and any other major game store.

​The services the PS4 and the XBOX One offer are the same. Online play is now a paid premium service and both offer backward compatibility. But PlayStation has made it a premium cloud service called PlayStation Now.

The PS4 and the XBOX one have similar specifications. But what sets the PS4 apart from its rival are the exclusive titles, games such as Until Dawn, Uncharted 4, Street Fighter V: Arcade edition, Horizon Zero Dawn, and God Of War.

​Specs do not guarantee sales, the diversity of enjoyable games are what guarantee the success of a console. PlayStation has become a massive juggernaut that still dominates the video game industry. As we have seen for decades, PlayStation continues to deliver time and time again. The brand came late to the party, but took over as the life of the party.